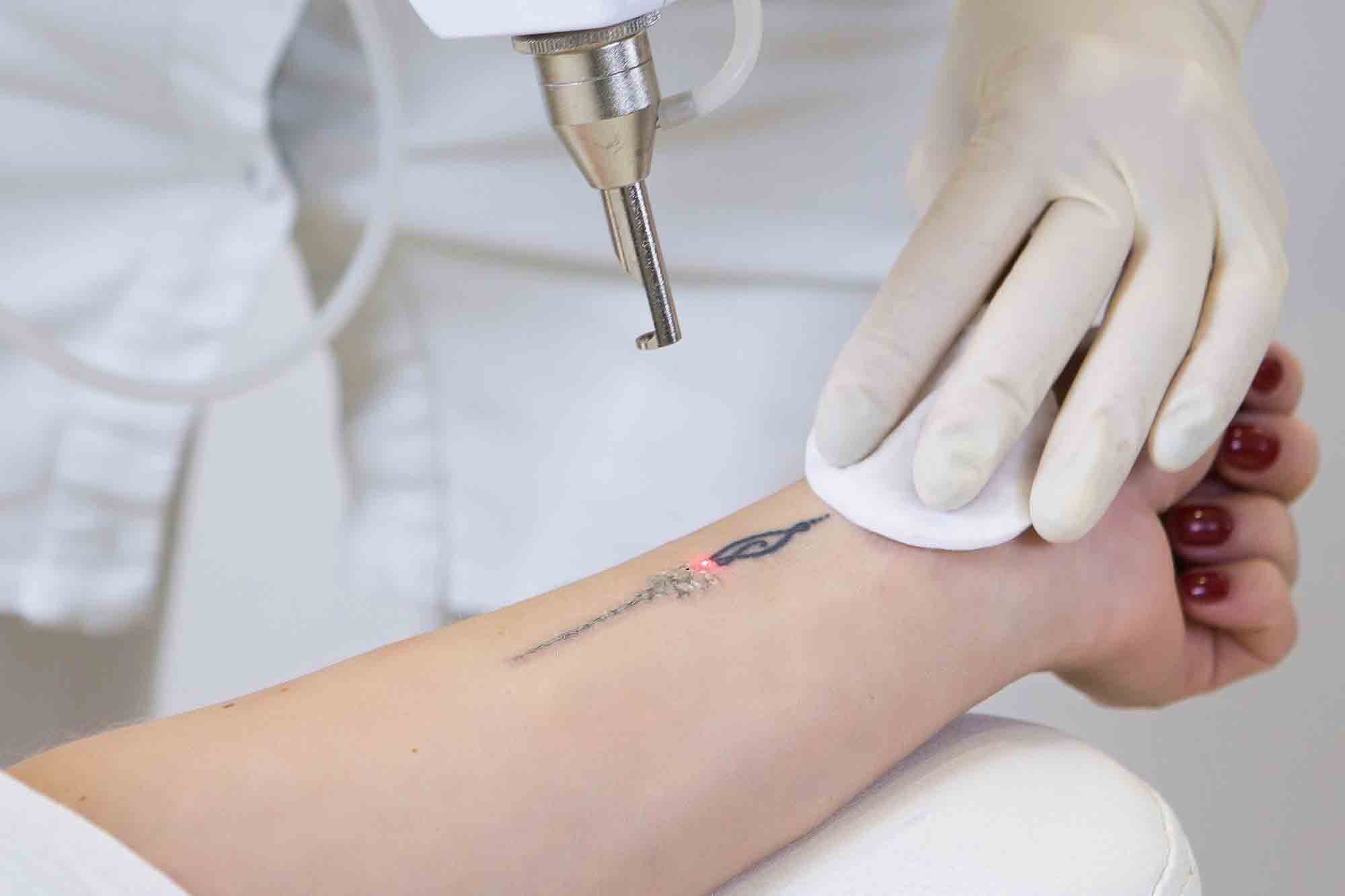 Ink removal, often known as tattoo removal, is a therapy that may be done in an effort to get rid of an unwanted tattoo. The removal of tattoos often involves the use of dermabrasion, laser surgery, and several other surgical as well as medicinal removal treatments.

When obtaining a tattoo, the ink is placed just a few millimeters below the surface of the skin. Because of this, the procedure of removing a tattoo is far more difficult and expensive than the process of getting the tattoo in the first place.

If you are thinking about getting a tattoo erased, it is in your best interest to see a skin expert about the options available to you (dermatologist). It is not recommended that you attempt to remove the tattoo on your own. Creams that may be obtained without a prescription for the removal of tattoos, as well as other home treatments, are not likely to be effective, and they may cause skin irritation or other unfavourable reactions.

The manner in which you prepare ready for it

If you’re thinking of Laser tattoo removal in New Westminster, consult a dermatologist. They will be able to guide you through the many different methods that can be used to remove tattoos and help you pick the one that has the highest possibility of working on your specific tattoo.

Take, for example, the fact that certain tattoo colors react better to laser treatment than others do. This is not the case for all tattoo pigments. In a similar vein, tattoos that are not too large may qualify as good candidates for surgical removal, whilst some tattoos are just too large to be removed with a scalpel.

Getting rid of tattoos is often done as an outpatient procedure while the patient is under the influence of a local anesthetic. The removal of tattoos often involves procedures such as dermabrasion, laser surgery, and surgical excision. These are only some of the options available.

Utilizing Q-switched lasers, which emit their energy in a single, focused burst, is often the most successful approach for erasing tattoos. This is because these lasers are able to target specific areas of the skin. It is feasible that darker skin might be treated using a Q-switched Nd:YAG laser, which is a specialist sort of laser that could prevent the color of the skin from being changed permanently in response to Laser tattoo removal in New Westminster.

Before beginning the Laser tattoo removal in New Westminster, the affected area will have a local anesthetic injected under its surface in order to numb it. After that, a powerful burst of energy is directed at the tattoo in order to heat it up and remove the tattoo ink. This is done immediately after the previous step. It is possible that the removal of multicolored tattoos will need the employment of a number of lasers, each of which operates at a different wavelength.

You may have edema after the procedure, in addition to probable blistering and even bleeding in certain cases. Utilizing an antibiotic ointment might perhaps speed up the healing process. If you want the tattoo to fade, you’ll need to schedule further treatments, and it’s likely that you won’t be able to get rid of it completely even if you do.

Before performing the surgical excision, the afflicted region of skin is numbed with a local anesthetic with the use of an injection. After making incisions in the skin, the tattoo is removed with a knife, and the resulting wounds are closed using sutures. Following the completion of the therapy, an antibacterial ointment is applied to the affected area in order to expedite the healing process.

Surgery is an effective method for removing tattoos; however, it may result in the formation of a scar, and it may be most suitable for removing minor tattoos.

Before beginning the treatment for a dermabrasion tattoo, the area of the body that will be receiving the tattoo is often chilled until it becomes numb. After that, equipment is used to sand down the tattooed skin to deeper depths. This device spins at a high speed and comprises either an abrasive wheel or a brush. Because of this, the ink from the tattoo is able to seep out from under the skin.

It’s possible that the area that was treated during surgery may continue to be uncomfortable and unpleasant for many days after it’s over. The duration of the healing process might range anywhere from one to three weeks. Dermabrasion is not a widely used alternative because the outcomes are difficult to anticipate and because the results it generates are less effective than those produced by laser treatment or by a combination of laser treatment and excision.