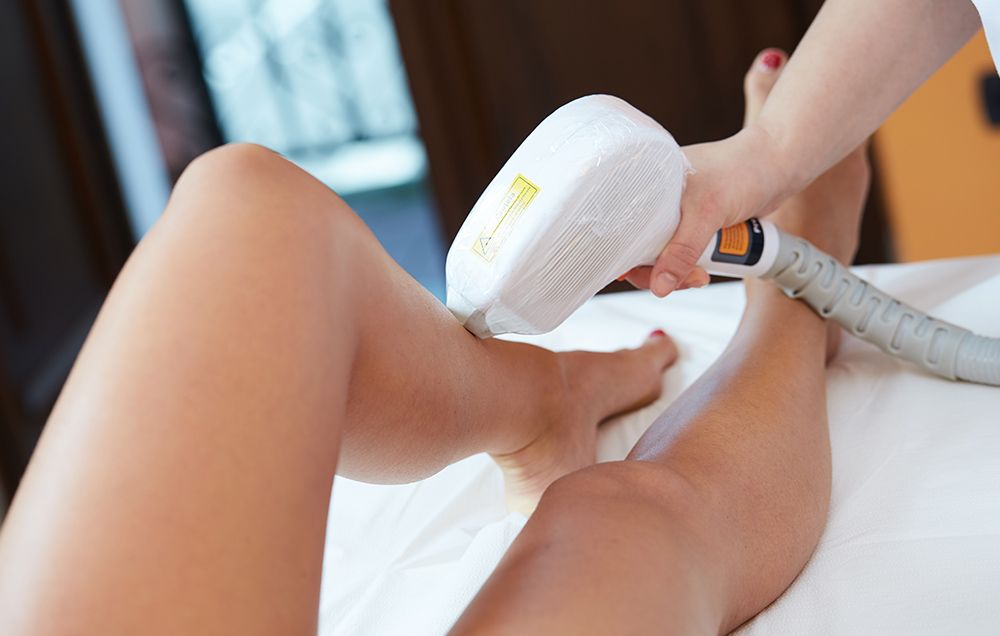 Why is Laser removal important?

Unwanted hair may be removed using a medical process known as laser hair removal, which employs the use of a highly focused beam of light (laser). In the process of Laser Hair Removal New Westminster, a laser will produce a light, which will then be absorbed by the pigment (melanin) found in the hair. The light’s energy is transformed into heat, which in turn causes damage to the tube-shaped sacs beneath the skin known as hair follicles, which are responsible for the production of hair. This damage will prevent or significantly slow the development of new hair in the future. In most cases, Laser Hair Removal New Westminster does not result in permanent elimination of hair, despite the fact that it is very successful at delaying the development of hair for extended periods of time. Initial hair removal with laser depilation requires a number of sessions, and further treatments, maybe including maintenance ones, may also be required. Even though it works best on persons with light skin and dark hair, laser hair removal may be performed effectively on people with all different kinds of skin.

The reason behind why it’s done

Laser hair removal is a technique that may be used to remove unwanted body hair. Locations on the body that are often treated include the legs, armpits, upper lip, chin, and bikini line. On the other hand, it is feasible to cure unsightly hair in almost any place, with the exception of the eyelid and the area around it. It is also not a good idea to treat skin that has tattoos.

The effectiveness of Laser Hair Removal New Westminster is affected both by the color of the patient’s hair and the kind of skin they have. The fundamental idea is that the color of the hair, and not the pigment of the skin, should absorb the light rather than the opposite. Only the hair follicle, not the surrounding skin, should be harmed by the laser treatment in order to get the desired results. As a consequence, the most favorable effects are achieved when there is a difference between the colors of the hair and the skin, namely black hair and light skin.

Laser hair removal is now an option for people who have darker skin, despite the fact that the risk of damaging the skin is greater when there is little contrast between the color of the hair and the color of the skin. However, recent advancements in laser technology have made it possible for people with darker skin to undergo Laser Hair Removal New Westminster. Gray, red, blonde, and white hair are among the least successful hair colors for laser hair removal since these hues don’t absorb light as well as other hair colors. Laser therapy options for light-colored hair are still being developed, but they are getting closer.

The likelihood of experiencing adverse effects varies according to factors such as the color of the patient’s hair and skin, the treatment plan, and the patient’s observance of pre-treatment and post-treatment care. The following are some of the most often seen adverse reactions to laser hair removal:

Itching and discomfort to the skin. After having Laser Hair Removal New Westminster done, you could experience some pain, as well as redness and swelling for a short period of time. In most cases, the disappearance of any indications and symptoms takes place within a few hours.

The afflicted skin’s pigmentation might become more or less intense after undergoing laser hair removal. These alterations could be transitory or they might be here to stay. Those with darker skin and those who don’t take precautions to minimise sun exposure before or after treatment are more likely to have skin whitening as a side effect.

In very rare cases, Laser Hair Removal New Westminster might result in skin abnormalities such as blistering, crusting, scarring, or other alterations in texture. Other unusual adverse effects include the graying of treated hair or excessive hair growth surrounding treated regions, especially on darker skin. These side effects are more likely to occur. Because there is a risk of serious eye damage when using laser hair removal on eyelids, eyebrows, or the regions around the eyes, this treatment is not indicated for those locations.

What kind of preparations do you make?

Choose a physician who is board certified in a specialty such as dermatology or cosmetic surgery and has experience with laser hair removal on your skin type if you are interested in having hair removed using a laser device. If you do not know what your skin type is, a dermatologist or cosmetic surgeon can tell you. If a physician assistant or a licensed nurse is going to do the operation, you should still make sure that a doctor is supervising it and will be present at the facility while the treatments are being administered. Be wary of spas, salons, and other institutions that permit non-medical staff to perform laser hair removal.

Make an appointment with your doctor for a consultation before undergoing laser hair removal so that he or she can assess whether or not this kind of therapy would be acceptable for you. The following are some of the things that your physician will most likely do:

Conduct a thorough review of your medical history, paying particular attention to any medications you’ve used in the past, as well as any skin conditions, scars, and hair removal operations you’ve had in the past.

Have a conversation with your doctor about the potential dangers, advantages, and outcomes of Laser Hair Removal New Westminster, including what the procedure can and cannot achieve for you.

Take pictures to be used for comparisons of the situation both before and after it occurred, as well as for longer-term evaluations.